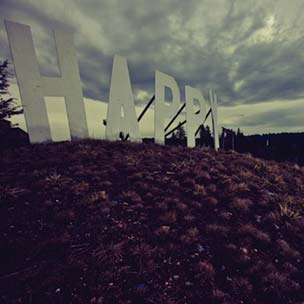 Tera Melos have changed. But that shouldn’t be a surprise. Tera Melos hate ‘the same’. And ‘normal’ and ‘safe’ and ‘simple’ too. So while the Californian combo have kept the instrumental math-rock backbone from their early efforts, they’ve added loads more fuzzy layers, blissy melodies and smooth hooks to the mix for album number two. Oh and vocals too. Yeah, vocals. And guitarist Nick Reinhart’s words don’t come out like you’d imagine either- all surfy vibes and subtle pop tones instead of any spat venom or spazzy rage.

Opener proper, ‘Kelly’, is the case in point- spacey, bright and breezy but a blistering wall-of-noise that sounds intent on smashing not just your eardrums but whole mountains to dust; it’s like Rivers Cuomo writing Slayer riffs. ‘The Skin Surf’ makes like a nursery rhyme for a minute before feedback and fragmenting guitar patterns neatly pull and push it apart, ‘Trident Tail’ is half fidgety limboscape, half sleazy desert session, and ‘Frozen Zoo’ could be a Beach Boys song. Basically, Tera Melos are now the only group capable of appealing to fans of Daughters, Ed Gein, An Albatross, and the Beatles. It’s the last thing anyone would expect. And that’s exactly how the band like it. Ace.