NIGHT VERSES- ‘From the Gallery of Sleep’ 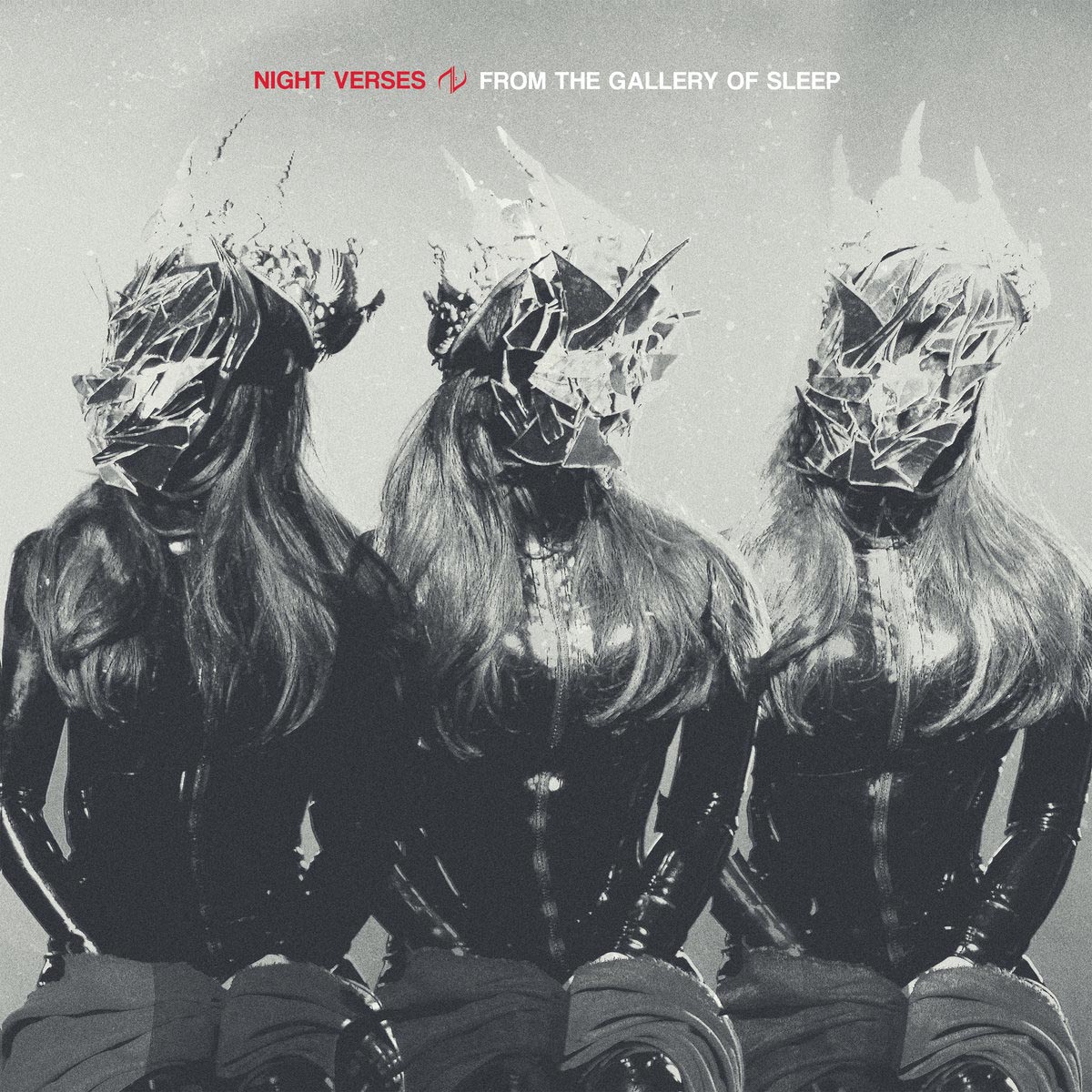 Fortune favours the bold, right? If there’s any truth to that then Night Verses are due to prosper. With Doug Robinson, the band had a rare frontman equipped with a voice full of power and passion. But for their fourth album, the New York outfit have chosen to move ahead without him. And what a move it proves to be.

‘From the Gallery of Sleep’ finds the now instrumental trio continuing to mine the same rich seam they exposed with their first three outings, only everything is warmer, bigger, better. Epic opener ‘Copper Wasp’ lays out the blueprint- an expertly-arranged trip from progressive rock to complex post-hardcore, through electronic and ambient flourishes to virtuoso brilliance and expansive post-rock. There’s more ideas in these first five minutes than other bands muster across entire albums. And they don’t stop there. ‘Trading Shadows’ is like Muse with their balls back and ‘Infinity Beach’ is a slice of dreamy, experimental rock that sounds like no one else at all.

Elsewhere there are urgent blasts of noise (‘No.0’ and the final minute of ‘Vice Wave’), lush swells of sound triggering warm red and desert yellow synaesthesia (‘Lira’ and ‘Balboa’), spoken word samples, middle eastern vibes, and much more. But somehow ‘From the Gallery of Sleep’ never feels muddled or rushed or ragged, it hangs together perfectly. And there’s not a single moment that begs for vocals. There aren’t even spaces where vocals would be because Night Verses have discovered that they don’t have to write songs that way anymore.

Some instrumental records can feel like they provide diminishing returns as they progress. It’s often not a lack of quality, rather a sign of genre burnout. With less variety and no vocal cues to act as a guide, it’s easier for tracks to blend, for listeners to get lost. Night Verses have no such issue here. While some of the latter tracks are less lithe and immediate than what has come before, moodier and more considered instead, everything is endlessly engaging. And if you find ‘Harmonic Sleep Engine’ does briefly push the hazy atmosphere too far, penultimate cut, ‘Phoenix IV: Levitation’, is a thrill ride made to make you do that squashy-faced nod-of-approval thing and have your hands reaching for your favourite air guitar.

‘From the Gallery of Sleep’ is a stunning record then. Somehow tightly-wound, confidently loose, deliciously experimental and addictively catchy, all at the same time, it is as rewarding on first listen as it is on the tenth. As brilliant as Robinson has been in the past, Night Verses have bloomed without him. Bold.