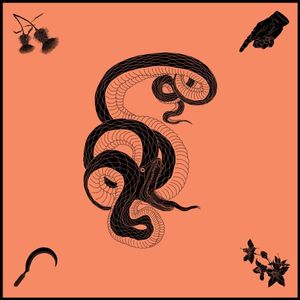 If you’re asking that question then you’re not alone. Hell, if their website address and social media handles are anything to go by, even the band themselves aren’t sure. With their ferocious debut album however, the Floridian five-piece have produced plenty of reasons to find out more.

Opener ‘Fed’ sets a trap. It begins with a restrained mix of quiet guitars, sparse piano and eerie whispers but just as you might be tempted to turn up the volume to better hear what’s going on, it explodes into life. Well-produced and sincerely pissed-off, this is lithe, light-on-its-feet post-hardcore that has learnt every lesson possible from the leading lights of the scene. The title track takes the same template as the first track but pours fuel on the fire and if ‘Black Thumb’ apes the likes of Architects and Norma Jean to surprisingly melodic, memorable success, ‘Abba’ adds white knuckle speed and ear candy handclaps for some innovative urgency.

There is more experimentation that really stands out. ‘Twelve Stones’ is a fragile, rain-soaked ballad based around a haunting refrain of “Will you shower me with tears?” and frontman Chris Costanza proving he can do more than righteous fury with his powerful pipes, and ‘Sacrament’ has a nagging hook and gang vocals made to catch your ear. But elsewhere it’s not whole songs that stand out, only fleeting moments. Then, as the album progresses and the element of surprise is gone, other tracks begin to blend into one admittedly fiery but imitative roar.

To answer that big question then… Right now, LIMBS are a band that sound like too many others. But there are the seeds of something much better here- a knack for twisting riffs, original hooks, and genuine-sounding fury- and one day soon LIMBS could be very special indeed.