So long 2017 you miserable no-good bastard. Oh sure, some outstanding records saw the light of day last year but god damn were some of the days dark. No pressure then 2018, but you kind of need to turn this whole thing around.

Yet more excellent music will help of course and while the records that make the deepest mark often come from out of nowhere, below are some of the things we’re eager to hear this year. This is by no means a complete list, it’s as rough and ready as anything Moderate Rock ever does, but hopefully there’s something for you to get excited about too.

While some of these albums are already on release calendars (titles and dates shown if known), some are hopeful long shots- all presented in alphabetical order.

ALEXISONFIRE: Hiatus are for losers, right? 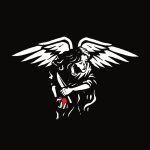 AMERICAN NIGHTMARE: Punk’s not dead and American Nightmare’s long-awaited third record, a self-titled effort, is due through Rise Records on February 16th.

BASEMENT: The East Anglian outfit’s comeback album, ‘Promise Everything’, was one of my albums of the year in 2016 but it was packed with as much promise and potential as killer riffs and catchy melodies. This should be the year for a new album that takes everything that makes the band so damn listenable, runs with it, and truly makes their return worthwhile.

THE BLACK QUEEN: It took Greg Puciato almost a decade to bring this project to fruition but the first results were outstanding. Now that The Dillinger Escape Plan are done, new music should arrive on a much leaner schedule.

BOSSK: This seems like a long shot. Bossk have never, not ever, operated in a timely fashion. But as unlikely as a follow up to 2016’s excellent ‘Audio Noir’ might be, more of their otherworldy doom would be most welcome.

EVERY TIME I DIE: Currently enjoying their highest ever profile as a band thanks to 2016’s career high-water mark, ‘Low Teens’, Every Time I Die might be in no rush to record new music but the Buffalo outfit have been nothing if not consistent, releasing a new album every two years since 2001. Would it spoil the unique power of ‘Map Change’ to request a whole record with the same sound?

HOP ALONG: Frances Quinlan will return.

NO DEVOTION: The boys in the band have been teasing new tunes for two years now and while the moment might have passed for them to truly make a mark, I really want to see what else they can do.

NOTHING: Half these guys just released a new album as Death of Lovers but Nothing took great strides from debut to sophomore effort and I wouldn’t be surprised if they came back even brighter. Or even gloomier. Whatever.

THE OCEAN: It’s been a long time and several member changes since The Ocean roared (sorry) but something called ’Phanerozoic’ looks to be coming soon. 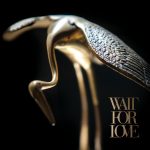 PIANOS BECOME THE TEETH: ‘Wait for Love’ will be released via Epitaph on February 16th. Early indications suggest the band have moved even further away from their noisy roots.

PIG DESTROYER: One of the most consistent noise outfits of all time will release their first album in five years this summer. Usually the high temperatures and long days in the middle of the year would make no sense for a Pig Destroyer record but they’re probably expecting the world to be plunged into permanent nuclear winter which would make it perfect timing.

PORTAL: Australia’s skronkiest noise merchants will return at the end of the month with fifth full-length ‘Ion’. Previews suggest the album will be leaner than previous outings but no less mean. 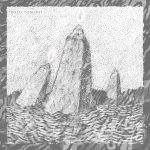 ROLO TOMASSI: It’s been such a pleasure to watch this band grow and I’m so confident their new music will prove to be their best yet. In a move that makes me feel very old they will release their fifth (!) album, ‘Time Will Die and Love Will Bury It’, through Holy Roar on March 2nd.

THRICE: ‘To Be Everywhere…’ was a rocky but wildly successful return. This year Thrice should be back with all of the rust firmly knocked off.

THURSDAY: Perhaps inspired by the renaissance of peers like Thrice, Thursday too will soon return. While this might get in the way of the aforementioned new No Devotion material, it will be mighty fine to hear this pivotal band at full force once more

WILL HAVEN: ‘Muerte’, the band’s seventh record, is due early this year and set to feature guest appearances from Stef from Deftones and Mike Scheidt of YOB.

WORRIEDABOUTSATAN: Continuing their evolution from promising electro to post-everything IDM, Tom and Gavin have revealed that their next release will be “a two part mini album centred around gently unfurling synths and ambient textures”. Lush.
I fully expect them to release a record of almost silence in the next five years. And I’m almost guaranteed to give it 10/10.

THE WRENS: Keeping folks waiting since 1989.

ZAO: This band, it seems, cannot be killed.

Mouth-watering stuff. Don’t hesitate to @ me if there’s anything missing that it’s pretty obvious I would dig.