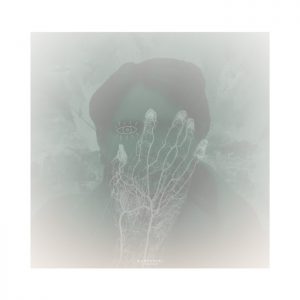 Reinforce your walls, bolt down the roof, maybe invest in some kind of emergency bunker, hide your kids and hide your wife. ‘Stranger’, the fourth full-length from Norwegian quartet Kambodsja, is a runaway train of a record, loaded up with lightning, thunder and unstoppable raucous energy. These songs are battering rams, rolling boulders, hypnotic high-octane hammer hits. Seriously, if any of this gets on you, rinse immediately with warm water and soap or risk permanent damage.

The onslaught is not immediately obvious, opener ‘Guillotine’ sounds almost laid back at first, like so much sweet, hazy math rock. But there’s an audible edge to proceedings, a weight, a pressure, something lurking, it’s almost like the song is revving its engines. And then all of a sudden the band are at top gear and everything is happening- pounding rhythms, stabbing guitars, swirling sound effects, a static hiss, massive, choral vocals, and what feels like two different drummers playing two different beats. The genres- metal, punk, stoner, jazz- haven’t been mixed politely but put in a blender, pulled apart and forced back together by Kambodsja’s relentless centrifugal force.

In fact, it’s so strong, such a smart, hurricane-force door-kicker, that the record never really recovers. ‘Name Among Dead’ is an excellent, unholy combination of punk rock and piano, ‘Jaws’ rocks and rolls like prime Mastodon, and despite having the gnarliest title here ‘Vomit Chunks’ is Kambodsja at their most immediate, a Mike Patton fever dream, but elsewhere there is adrenaline and excitement but not always the same invention. For better and just occasionally worse, Kambodsja are a band for which rock never became a dirty word and some of ‘Stranger’ feels oddly old-fashioned.

The title track misses its atmospheric mark, ballast instead of the breath of fresh air it was probably supposed to be, and where ‘Curses’ could have brought the record to an apocalyptic, crashing end, it sputters to a close. It’s a frustrating finish mostly because in plenty of other places the band prove they can slow things down with some style. Confident controllers of a dusty, desert session vibe, Kambodsja go lengthy, instinctive stretches without vocals, with no single melody or rhythm holding your hand at all, but while the squall is sometimes dense (repeated listens will reward here) it’s never once aimless. If Josh Homme had recorded ‘Neumünster’, for example, some corners of the internet might have exploded.

Really though, the missteps are rare and a small price to pay for the rousing masterstrokes around them. ‘Stranger’ is a bold, brilliant and thrillingly unique statement album that demands to be heard. It isn’t just the best thing Kambodsja have ever done, it’s a full-force rock record that deserves to bring the band on to the international stage overnight. No, it’s so good that the stage should come to them. Outstanding.