And now, the end is near, and so we face the final curtain. It’s been coming for a while of course, Maybeshewill announced their split in September last year and the farewell tour has been halfway around the world since then, but that doesn’t make this any easier. They’ve always been such a reliable, consistent outfit, the kind of band it was easy to imagine motoring on forever, but a decade since it began, the Leicester quintet’s journey ends tonight.

They couldn’t have asked for a much better setting to bow out in. Koko might be a labyrinthine bastard of a venue but it’s undeniably beautiful. It’s full too, booking it probably felt ambitious at first as band spokesman John Helps confirms later from the stage but tickets sold out weeks ago. And from the opening strains of ‘Take This to Heart’ the sound is stunning, a little quiet maybe but crystal clear.

It helps that the band have always been at their best live. They’re incredibly well drilled, they know what their best songs are and they play with aplomb, adding peaks and troughs to the material which can sometimes feel a little robotic on record and ironing out the jarring production shifts between their four albums. The big riffs of ‘Co-Conspirators’ sound chunky but really zing, Robin Southby and Helps’ guitars punch like an orchestra for ‘Accolades’, and ‘In Amber’, maybe the finest song this band have ever written, is spellbinding, even more hypnotic than on record, while slick lighting makes the room feel half the size. 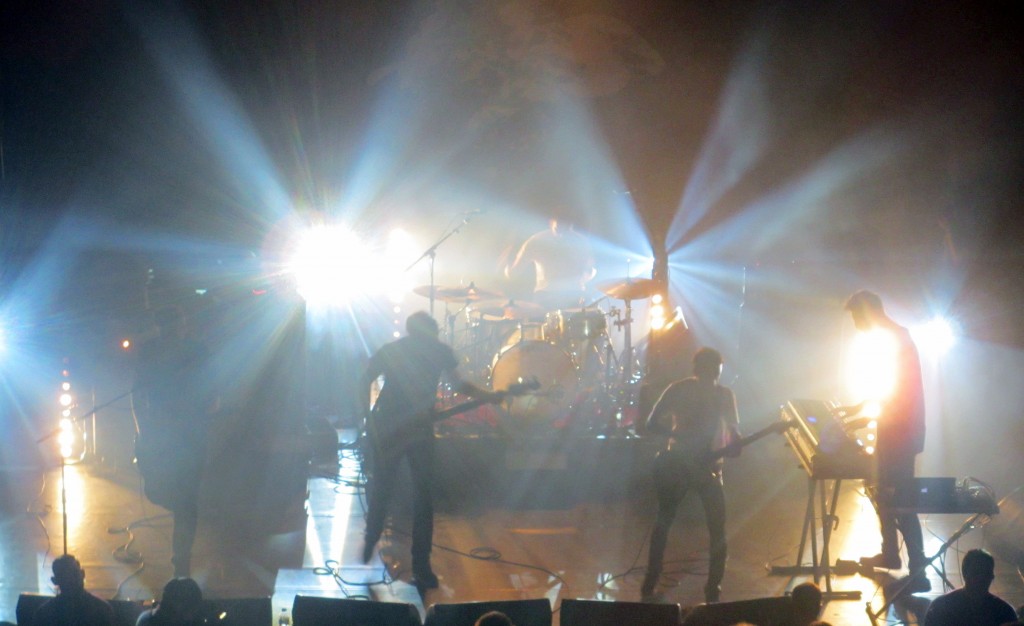 Then ‘Not For Want of Trying’ is as mammoth as ever, a piece of music perfectly designed to play to anyone that says post-rock is boring. I must have heard it live at least 10 times before but tonight it sounds better than ever. In fact, it’s baffling that the band behind it has to quit. Sure, sure, creative differences and all that but it makes zero sense that a group this good couldn’t also make a more viable career from their music while they were together. Buy records people, buy gig tickets… sigh, a conversation for another time perhaps.

What does become clear is just how much Maybeshewill mean to people. The room is full early and when the band get going there are shockingly few phones and cameras held aloft, people are really truly taking this in. Rarely are crowds so united- there’s no chit chat here- and for a group with no frontman, no centre of attention at all really, the focus from the room is extraordinary. Sidenote: It’s bloody lovely that few people are more involved than the band members’ parents, rocking out in a box high over stage right. At one point the boys on stage do take some much deserved time to soak up the applause and look genuinely moved- bowing, pressing their hands to their hearts, and raising their instruments in recognition of the rousing reception. 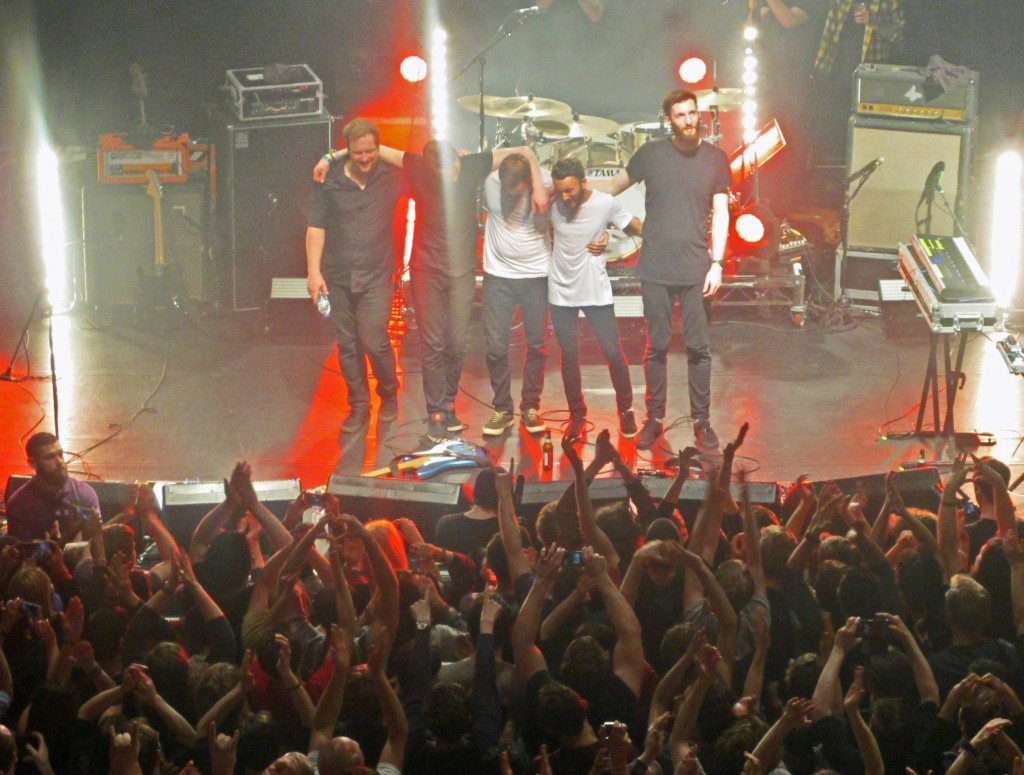 There’s an encore. First they thrash through ‘Seraphim & Cherubim’, a crushing, sawing, incredible rock song that Maybeshewill might believe they’ve grown out of if only because they wrote it so long ago, and then they begin ‘He Films the Clouds, Pt.2’. It’s always been a rollercoaster of a song but tonight is something else. It’s brilliant and celebratory, cinematic and special, triumphant and sad all at the same and almost everyone is singing along and grown men are crying their eyes out. It’s a brilliant, fitting farewell from one of the most satisfying, original and exciting British bands for some time. So long Maybeshewill and thankyou so so much for the music.

tagged with He Films the Clouds, Koko, Maybeshewill