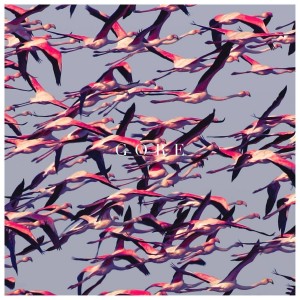 Drama, drama, drama. If you caught any interview with Deftones in the lead up to the release of ‘Gore’ you could be forgiven for thinking this was a record born of conflict, full of songs of frustration and jealousy, played by a band on the edge. It was the light of frontman Chino Moreno versus the dark of guitarist Stephen Carpenter. Even after 2016’s excellent ‘Koi No Yokan’ found the Californian outfit in a new kind of sync, the last few months of press coverage could have you believing the end was extremely fucking nigh.

One listen to the eighth Deftones full-length reveals that pretty much the opposite is true. There are no new fissures here, no great shake-up. ‘Gore’ isn’t a snapshot of a band falling apart. In fact, it might be the most loose and laid back they’ve ever sounded.

Sometimes that works really well. First track and debut single ‘Prayers/Triangles’ is never in a rush, slowly swelling to a lush, warm chorus built to reassure that this unique band have lost none of their distinctive qualities, ‘Hearts/Wires’ contains exclusively dreamy, sunset vibes and might explain where those post-rock rumours came from, and if Carpenter unearths some satisfying new low tones during ‘Doomed User’, then ‘Phantom Bride’ is among Moreno’s sweetest ever vocals.

Go deeper and there are layers, oh man are there layers. Carpenter’s work on ‘Doomed User’ might be aggressive but there are beautiful dancing lines of feedback in there too, Frank Delgado samples up an array of emotional swirls inside ‘Acid Hologram’, and ‘Rubicon’ is a compelling closer, made of typical epic riffing up front but busy, bubbling synths in the background.

Sometimes though, it doesn’t work at all. ‘Xenon’ is so laid back it threatens to blow away, and while this band (despite the twin, powerful personalities at its centre, Deftones has always been a proper, full band) are expertly versed in soft-heavy grooves, the title track here contains their least subtle version of that yet- awkwardly jump cutting from neon pop to downtuned, grinding metal. Also, that hanging final syllable on ‘Pittura Infamante’ is weird. I know I’m nitpicking now but at least it’s a misstep that stands out. Perhaps worse than that, some of these songs are downright anonymous. The record really sags in the middle for lack of standout moments.

Lots of ‘Gore’ is good, really it is. It’s a layered, warm and welcoming record by one of the most consistent bands of the last 20 years. But rather than ever once living up to its title, it too often feels anaemic, samey and tame. Instead of threatening to trouble the title of best Deftones record (that’s still ‘Around the Fur’, fight me!), it’s the least exciting thing they’ve done in a decade. There’s no drama here then. No drama at all. And in the end it feels like ‘Gore’ could have done with some.