At first the rumble was low- a hopeful rumour here, a one-off benefit show there. Then the noise built- there was a summer of sneaking onto festival bills and a photo of what looked decidedly like a recording studio. Now it’s confirmed– the hiatus is over, an album is due this year, Thrice are back. But before new Thrice finally arrives, let’s talk about old Thrice. It’s the first of series of features ranking a band’s entire back catalogue from worst to first! 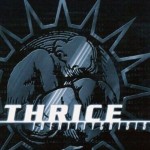 ‘IDENTITY CRISIS’ (2000): There are no bad Thrice albums but picking the least good one is easy. Oh sure, there is a hint of promise in the California quartet’s turn-of-the-century debut, plenty of youthful energy, but pretty much zero signposts towards the band they would become. Never let anyone tell you that this record is buried treasure, at best it captures a group of good friends kicking out their jams as fast and as optimistically as possible and albums just like it are released every week by bands hoping, still hoping, for a miracle. The metal licks, the rat-a-tat pop-punk drums and the blatant hero worship (Hot Water Music could probably have launched legal action) all add up to make this the least accomplished and interesting Thrice album by some margin. It was the spark of a thrilling flame but the band probably knew they could do better the day they released it.

BEST SONG: ‘Phoenix Ignition’ maybe, and the title track feels like it could have been reworked into something better. 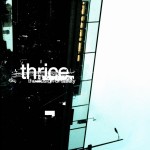 ‘THE ILLUSION OF SAFETY’ (2002): Holy cow. Thrice can play. And Dustin Kensrue can scream, and he can sing, really sing. And where the hell have this band come from!? Ok, so Thrice still play at a million miles an hour at times and rather than complete songs even the best cuts here feel like great parts bolted together but there’s some substance there, some power. ‘The Illusion of Safety’ is a record of its time, sure, but it’s also the start of Thrice’s rapid progression, faster perhaps than any other group around them. Side note: ‘Deadbolt’ is a great track but the fact that this particular song haunted this particular band for so long is really weird. 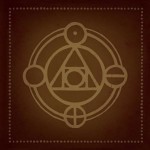 ‘THE ALCHEMY INDEX’ (2008): This is tough. Conceived as four EPs each representing an element, Thrice released these tracks in digital quarters, two halves on CD and as a breathtakingly lush complete vinyl package. It might seem unfair but I’m counting it as one album. As such, it’s a dazzling, wonderfully varied, relentlessly experimental, ultimately flawed release. While ‘The Alchemy Index’ contains some of Thrice’s best work (and my favourite songs), it also contains some of their least memorable material (and songs I’ve probably only heard twice). It is the nature of this kind of beast: The highlights are skyscraping (‘Broken Lungs’, the crystalline beauty of ‘Digital Sea’, the raging menace of ‘The Messenger’), the lowlights, ahem, less so. Such kudos though, for getting more ideas on tape than other bands manage in entire careers.

BEST SONG: ‘Come All You Weary’ 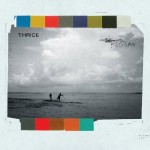 ‘BEGGARS’ (2009): Thrice don’t really have a comfort zone, they have pushed and pulled and constantly developed as a band, but ‘Beggars’ is perhaps as close as they’ve come to treading water. Maybe after more than a decade of envelope-pushing for shamefully little reward the band allowed themselves to simply sit and jam and see where it got them. It got them songs that are solid but similar, a raw production that gets close to a live sound but also closer to a ‘regular’ rock vibe than Thrice have ever been before, and critics using words like ‘unique’ less and words like ‘mature’ more. That’s not to say their sixth record is a backwards step. The bass tones are tip top throughout, there’s a distinctive melancholy to Kensrue’s voice at times and it says an awful lot that the least kinetic Thrice album contains career-best cuts like ‘All the World Is Mad’ and the melodic brilliance of ‘In Exile’. 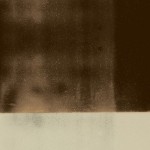 ‘MAJOR/MINOR’ (2011): This is so good it feels like another group’s greatest hits. And this far into their career Thrice had no business sounding so good. It’s perhaps the most immediate record the band have ever produced but reveals hidden depths with every fresh listen, it’s by turns memorably massive and up-close and personal but nothing comes cheap. It feels familiar, like it’s always been around, but still sounds capable of changing lives tomorrow, and, like the best work of, say, Deftones or Radiohead, ‘Major/Minor’ feels like part of something but defiantly stands out on its own too. If this was how Thrice said goodbye, it would have been the definition of going out on a high, leaving everyone wanting more.

BEST SONG: ‘Treading Paper’ will make you bust out crying 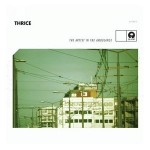 ‘THE ARTIST IN THE AMBULANCE’ (2003): You can still feel the weight- scene success, critical praise, a major label debut. The stress and strain of looking and sounding a certain way was surely all too present for Thrice but whatever pressures outside forces attempted to exert on the band simply can’t be heard in the songs here. As the release of this record drew nearer marketing men attempted to position the band at the crest of the emo wave but instead of going with the flow or simply fitting in, ‘The Artist…’ marked the first time Thrice sounded like no one else, the first time that any single genre term didn’t really work to describe them, and the first time their independent spirit made perfect sense. The step up from their sophomore to third effort was so big and bold it’d be easy to believe it was the work of another band altogether. And the best was yet to come.

BEST SONG: ‘Stare at the Sun’ is my personal favourite, there’s zero filler though. 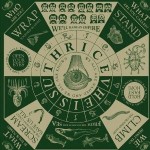 ‘VHEISSU’ (2005): This is lightning in a bottle. ‘Vheissu’ is a magnetic record, calling to you from the shelf. It’s genuinely timeless too- it could come out tomorrow and sound just as good- and more than any other Thrice album it feels complete. There’s a story, a compelling ebb and flow from the self-assured, insistent power of ‘Image of the Invisible’, through the strength and sweetness of ‘Music Box’, to the final epic strains of ‘Red Sky’. The band’s palette is huge, their talent obvious in every note, and even though it didn’t go on to do quite the business they were expecting, their confidence while writing and recording was clearly sky high. This isn’t just the best Thrice album, this is one of the best albums ever.

BEST SONG: ‘Image of the Invisible’, ‘The Earth Will Shake’ and ‘Red Sky’ are some of the best rock songs ever written but the whole album is legit.
.

The story here is one of development, progression and consistency. Since 2002 this band, an unassuming act to look at, have used a wide variety of influences,  instruments and invention to forge a unique sound while pushing their envelope with relentless abandon. With their stellar studio output laid out like this it’s clear just how special a band they make and it’s bloody brilliant to have them back. Hat tip, sirs.