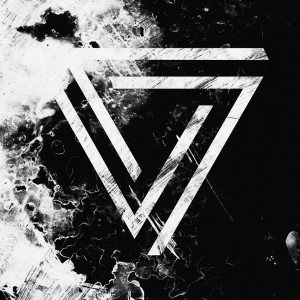 It’s no secret that Greg Puciato has a genuine fondness for music that’s pretty far removed from his day job as the frontman for metal firebrands The Dillinger Escape Plan. Check any interview- you can read it in the way he talks glowingly about the invention and experimentation of Trent Reznor and hear it in the way he sings his heart out on Dillinger’s faithful cover of Nine Inch Nails’ ‘Wish’. You can find him raving about Massive Attack and Depeche Mode and classic R&B, and railing against any heavy music that seems content to sit and stagnate. Hell, the man chose this as one his favourite albums from the last few years. There has however never been a clearer clue to his fandom, a bigger statement of his intent to do something different, than this.

‘Fever Daydream’, the debut album from the trio rounded out by one-time NIN members Josh Eustis and Steven Alexander, is a slick black affair about as far away from Puciato’s usual red-blooded intensity as it’s possible to get. This is icy cool electronic pop that feels designed to utterly confuse the nearest metalhead. And as his first smooth croons creepy-crawl across the bleeps, bloops and digital drum hits of opener proper ‘Ice to Never’, you can practically hear Puciato smiling ear to ear about what he’s done here.

That first song slithers on and on too, like something hidden in the soundtrack of Blade Runner, like an idea Aphex Twin deleted for sounding far too accessible, like every track from an 80s greatest hits compilation playing at once. Then ‘The End Where We Start’ is a tech-noir ballad dripping with skittering, fidgety ear candy, ‘Distanced’ is a sleazy lust letter that distorts disco synths into dark ambience, and ‘Secret Scream’ is all-in throbbing neon pop.

This is not an impression of an 80s favourite though, this is something living, breathing, kinetic and new. Unlike a lot of pop music from the last 30 years nothing ever flattens out, smoothes, or settles here. Even when the record is almost silent it’s always a little off-kilter, like The Black Queen want you to believe that anything could happen next. Hell, even that title isn’t quite right- this rarely feels feverous, only ever utterly lucid and crystalline clear. And perhaps the band’s biggest achievement is that despite, or perhaps because of all this, ‘Fever Daydream’ feels like a complete album, a real ride that wouldn’t make anywhere near as much sense taken any other way.

Here’s hoping Puciato hasn’t got this music out of his system here because The Black Queen certainly deserves to be more than a one-off, more than a side-project even. ‘Fever Daydream’ is an epic, cohesive record that cries out to be built on. It’s nightclub music for people that hate nightclubs. It’s a stunning soundtrack to a movie that hasn’t been made yet. And it’s one of the albums of the year.