BROTHERHOOD OF THE LAKE- Desperation Is The English Way, Vol.1 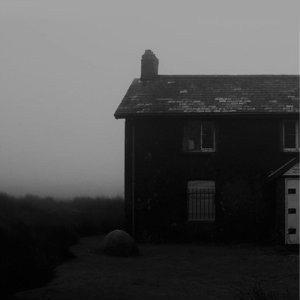 Brotherhood of the Lake were destined to be a mere footnote in British metal history. Until now. The Plymouth quintet’s second record is a blaring beacon, a warning klaxon, a call to arms. In ten songs they have arrived. ‘Desperation Is The English Way Vol.1’ sounds like a machine, like a cornered beast, like so many years of flat grey skies and flat grey skin. It’s angry, sure, but like the best heavy music it goes much deeper than that, tinged with all sorts of remorse, regret, teasing hints of hope and crushing sadness too.

Ok, so it’s not a fun listen. But this is no woe-is-me crybaby stuff, it’s a bleak, black purge, catharsis in song. It might even be as close to the holy trinity of Converge, Coalesce and Cursed that the UK scene has come up with in years. All while being undeniably British too. Yep, it’s that good.

‘Desperation…’ works great as a complete full-length, to sit down and strap in with from start to finish, but it’s positively bristling with best bits. ‘It’s Meant To Hurt’ starts with a feedback squeal which could actually kill you if you skip checking your headphone level before you press play (although this is one of those albums made to play loud), ‘Hard To Bear’ filters the fury through a handful of kick-ass punk riffs, and ‘Too Bleak’ is ridiculously good, a unnational anti-anthem for anyone that hates who they are or where they’re from.

Dark guitar lines intertwine and menace, the rhythm section neatly sidestep too much chug in favour of smart, skilful intensity, and the vocals, an area where most metal becomes one-dimensional, are superb throughout. Frontman Robert Clark has a vicious roar, driving everything along, but ‘Black Hearts’, ‘Black Knives’ and ‘Too Bleak’ especially benefit from varied, subtle shifts in singing. Seriously, the band’s peers best be taking some furious notes right now, this is how you write a statement record.

Honest, acidic, intense, interesting, powerful. If the British summer is prematurely washed out again, this will make a fantastic soundtrack to the doom, gloom and gathering clouds. Whatever the weather though, ‘Desperation Is The English Way Vol.1’ is a contender for album of the year. Fuck the footnotes.

tagged with Brotherhood of the Lake, Converge, Desperation Is The English Way, TDON, Thirty Days of Night