EMMURE- Slave To The Game 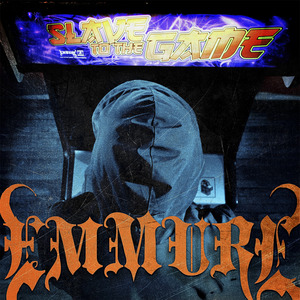 You most likely already know how you feel about this. Emmure ain’t gone changin’ in the 14 months since their last record (since their 2007 debut really) so if beefy vocals, big riffs and bigger breakdowns are your thing then you’ll still dig what they’re doing but if you think metalcore is the worst thing to ever happen to music, stop reading now. Still here? Then one listen to the punishing power of opener proper, ‘Protoman’, will confirm the New Yorkers have lost none of their bruising, belligerent bluster. Barrelling along without a care for what’s hip, cultured or cool, only intent on causing as much headbanging and pit damage as possible, it’s Emmure at their brutal best. Unfortunately it’s also the best thing here but ‘Slave to the Game’ doesn’t entirely blow its load early. ‘Bison Diaries’ is all out war, ‘Cross Over Attack’ bumps and grinds in all the right places, and if ‘Umar Dumps Dormammu’ apes Limp Bizkit more than is healthy, ‘A.I.’ is angular robot grind come to perforate your eardrums. A half hour after it kicks into life, ‘Slave to the Game’ is done. It’s not life-changing stuff, it’s not even scene stealing, but Emmure are actually one of the most consistent and reliable acts of recent years and this is another nifty, gnarly addition to their catalogue. See you next year.

tagged with Emmure, Slave to the Game, Victory