BLEEDING THROUGH- The Great Fire 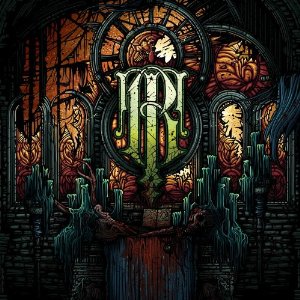 This is fantastic. If Bleeding Through’s previous self-titled sixth album was a fine return to form, ‘The Great Fire’ is the very definition of going from strength to strength. Everything that originally made the California sextet an exciting prospect- hardcore intensity, death metal power, truly doomy vibes- is present and correct, and there’s no trace of the backward steps- monotonous breakdowns and power ballads –that once saw them slip into the metalcore pack. But there’s something new too, or at least an energy the band haven’t harnessed for almost a decade, a blood-flecked, spit-slathered rage that’s genuinely difficult to ignore.

‘The March’ begins things as one of the band’s now-trademark openers, swirling keys giving way to crunching guitars, but if the mini-epic feel is familiar it does nothing to set the scene for the grinding fury of ‘Faith in Fire’. A two-minute total war of a song, it’s refreshingly vicious and vital stuff and a stark reminder that most of the scene’s young pretenders are throwing tantrums in comparison. ‘Goodbye to Death’ sounds like classic Metallica on fast forward and features a contender for the best breakdown of the year, ‘Everything You Love is Gone’ is all panel-beating riffs and gargled-glass gang vocals but somehow beautiful too, and ‘Entrenched’ is the perfect malevolent mix of drama and destruction.

Look, Bleeding Through are no spring chickens at this point, and some serious time in the metal scene’s trenches combined with frontman Brandan Schieppati’s array of side projects might have meant itchy feet and a lack of focus here, but with only one song over four minutes, and a handful under two, the opposite is true. Of course brevity doesn’t always equal quality but these are songs shorn of fat and fighting like dogs. Breathless without feeling rushed, bold but never brash, belligerent without ever sulking, and not just suitably fast and hugely heavy but honest and emotional too, ‘The Great Fire’ is Bleeding Through at their best.

tagged with Bleeding Through, Rise, The Great Fire