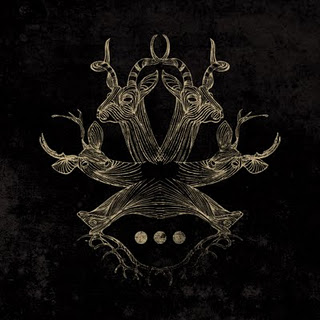 Sometimes post-rock sorely lacks soul. Not so Blueneck’s third full-length. ‘Repetitions’ might employ a few familiar tools to get the job done but defies its title to consistently turn over new, touching, emotional ground. So there are distant whispers, string swells, and the odd quiet-loud interchange but instead of bringing to mind too-easy touchstones like Mogwai or Godspeed, these songs sound more like The Cure, Elbow’s most earnest moments, or like some other kind of slow-motion gothic pop that doesn’t even have a name yet. It’s perfect for the short days and long nights of the British winter.

This is actually a warm record though. Oh sure, it’s tinged with sadness (If Duncan Attwood’s ethereal tones on ‘Ellipsis’ don’t make you bust out crying you have a heart of stone) but if last album ‘The Fallen Host’ was the missing soundtrack to the day after the end of the world, ‘Repetitions’ is best heard indoors, fireside and staring out at the snow, than outside and soundtracking any sort of seasonal armageddon.

The powerful piano, enveloping production and orchestral crescendo of opener ‘Pneumothorax’ mean it could be a Motown classic slowed to glacial pace, ‘Una Salus Victus’ is the shortest track here but still manages to sound epic, and ‘Barriers Down’ is beautiful. Hell, in another dimension it’s considered the greatest ballad of all time. Words like hazy, involving, and idyllic somehow seem more suited to painting than song but they fit ‘Repetiitons’ perfectly. Soul food. Winter music. Wonderful stuff.