PIANOS BECOME THE TEETH- ‘The Lack Long After’ 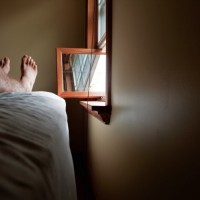 People will describe this record like an open wound. Raw, ragged, violent. But for all the aggressive sounds on ‘The Lack Long After’ this is record of release, more likely to provide healing than hatred. The band have got previous of course, the open, honest post-hardcore of their first two albums helped spawn a whole new scene (Welcome to #TheWave) but where those outings were pockmarked by occasional dips in quality and a deficiency of ideas, here they have discovered consistency, variety, and strength.

Opener ‘I’ll Be Damned’, a fidgety combination of bubbling tension and smash-everything euphoria, builds on the best bits from before, ‘Shared Bodies’ sounds like the more firebreathing moments of Glassjaw’s similarly emotional debut condensed into four minutes, and ‘I’ll Get By’ finds frontman Kyle Durfey going close enough to the edge to maybe just inspire a new religion let alone a scene.

Whether or not it makes that sort of connection immediately doesn’t matter either. The music here is so chaotic, so visceral, so disarmingly, refreshingly, surprisingly genuine, that it’s difficult to turn away let alone turn off, and eventually ‘The Lack Long After’ will get you.

It might be the rolling, roiling drums of ‘Good Times’ (Durfey isn’t the only one pushing things, the whole band have stepped up here), the way ‘Spine’ nods to Converge and Envy without stealing from either, or the signpost to even more special things that is ‘Sunsetting’ but sooner or later you’ll realise this is music you can believe in. A record from the heart.

tagged with Pianos Become The Teeth, The Lack Long After