MOST PRECIOUS BLOOD- Do Not Resuscitate 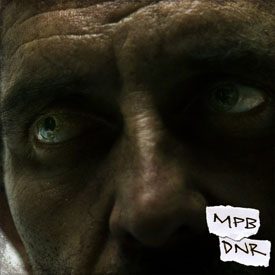 ‘Do Not Resuscitate’ is really really good. Better than any other album you’ll read about today, this year even, and deserving of much more attention than it’s getting. And it’s all down to attitude. That doesn’t mean anger, passion and pure rage, although there is plenty of that here, but something different, something more.

Like Poison the Well or perhaps Thrice before them, Most Precious Blood have changed in the long years since their last album. It’s not that ‘Do Not Resuscitate’ sounds like those bands, but it does share their bold, liberated, experimental approach. This band have gotten sick of having to follow the rules, of having to sound one way or another, of scenes and standards and set ways- you can practically smell it. Pit crews, don’t panic, this is still a hardcore record, it’s just a whole lot more besides.

Opener ‘A Danger To Myself And Others’ (great title!) in the case in point. It starts like the devil’s flamenco band before grinding into gear like a runaway train and barrelling into a prime piece of hardcore punk, frontman Rob Fusco demanding you “abandon all hope”. It’s powerful, aggressive and wants to punch you in the eye. And then the synths kick in. Uh huh, synths. But instead of being fashionably slick and sugary-sweet these keys sound like an abandoned fairground ride, spinning and twinkling until the gears break and the joints seize. It never threatens to overpower the song, instead accentuating the lurching apocalyptic vibe, and shows exactly what can be done when these sounds meet.

They prove it works again and again too. ‘Meth Mites’ melds hypnotic keys to more killer punk riffs than deserve to be in one song, ‘Upstate Ghost’ is full of dark ambience and real disdain, ‘Enthusiastic Eugenicist’ is mostly metal but definitely not metalcore, and ‘Animal Mother’ is a monster, made to incite violence and test speaker systems the world over. And if it’s not already clear that Most Precious Blood have evolved then the acoustic anti-lullaby ‘Of Scattered Ants…’, recorded and released while other bands are making whole careers out of only breakdowns, settles it.

As the return of Most Precious Blood, as old-school hardcore done right, as forward-thinking heavy music made well, and as one of the best records of the last few years, it’s inexplicable how this hasn’t caused more of a commotion. Go get it and start one now. Superb stuff.

tagged with Bullet Tooth, Do Not Resusciate, Most Precious Blood