BETWEEN THE BURIED AND ME announce Euro tour

Get excited. After releasing new album ‘The Parallax: Hypersleep Dialogues’ on April 11th, prog-metal behemoths Between the Buried and Me will tour Europe. The three-week trek will kick off on September 2nd in Paris, France and end with two shows at The Underworld, Camden in London on the 20th and 21st. Even more pant-wettingly, already confirmed support comes from Animals as Leaders. 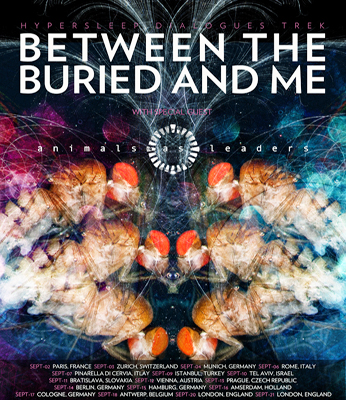 tagged with Animals As Leaders, Between the Buried and Me, Camden, The Parallax: Hypersleep Dialogues, Underworld