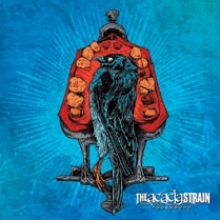 If it ain’t broke, don’t fix it. These are words The Acacia Strain live by. Sure, they might have improved their chops, paid for better production, and somehow got more pissed off over the years but this is essentially the same black-hearted, bloody-knuckled misanthropic metalcore the Massachusetts mob were writing a decade ago. That’s not a slight though. Where most bands need experimentation and new ideas to move forward see, this lot steamroller straight ahead, stopping for nothing.

Powerful opener ‘Beast’ should have you convinced; all ominous darkness, actual dread, and Jamey Jasta’s guest bellows, but just in case there’s the relatively upbeat beatdown of ‘The Hills Have Eyes’, the blasphemous blast furnace of ‘Ramirez’, and the cinematic omnipotence of ‘Bay Of Pigs’. Seriously, just try doing anything else while the riffs of that last one hit like wave after terrifying tsunami wave. Flaws do show- ‘BTM FDR’ is rife with terrible lyrics (although frontman Vincent Bennett still sounds like he’s spitting venom with every single syllable), there’s a little drag to longer songs like ‘Unabomber’, and final track ‘Tactical Nuke’ is an idea that definitely sounded better in the studio than it does on disc- but ‘Wormwood’ moves too constantly, too persistently, too much like unstoppable molten rock, to let these fine cracks ever become fissures.

In short, this is metalcore shorn of fat. Each and every flourish is, for better or worse, cut away, and what’s left is a slab of hate, anger and rage that you could pierce skin, punch out eardrums, and poison the waterhole with. ‘Wormwood’ isn’t pretty, it isn’t particularly smart, and it certainly isn’t reinventing the wheel, but it is heavy metalcore at its ugly, brutal and brilliant best.